More Business Improvement Districts are becoming involved in developing neighbourhood plans for their communities, reflecting a growth in BIDs' status as local strategic bodies. These plans can take time that BIDs simply don't have, but they can also be much more than impenetrable policy documents, says Ben Stephenson, BAS Consultancy.

We started developing the South Bank and Waterloo Neighbourhood Plan in 2013, and it reaches examination in spring 2019, before - hopefully - going to referendum later in the year. That's 6 years. It took over a year just to get designated as an official neighbourhood forum before the work could begin. In the early days we faced battles with neighbouring areas over boundaries, had two local authorities to contend with, and a local resident community not accustomed to working with the BID. We didn't make things easy for ourselves.

The incentive for action was overwhelming in the South Bank. With 30m annual tourists and 100m commuters through Waterloo Station, the area has long groaned under the strain of people. Back then, huge developments were being planned, from South Bank Place and Elizabeth House to the ill-fated Garden Bridge, and major public realm schemes like Waterloo Roundabout, all set to transform the area. This was something both the business and resident communities voiced concerns about, but the approach was based on individual campaigns rather than any systematic consideration into how the community could benefit from development. 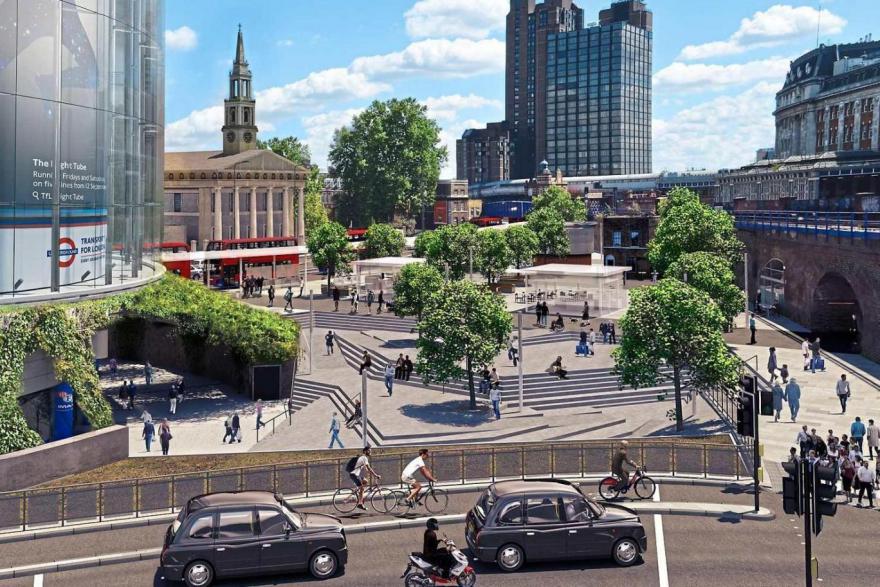 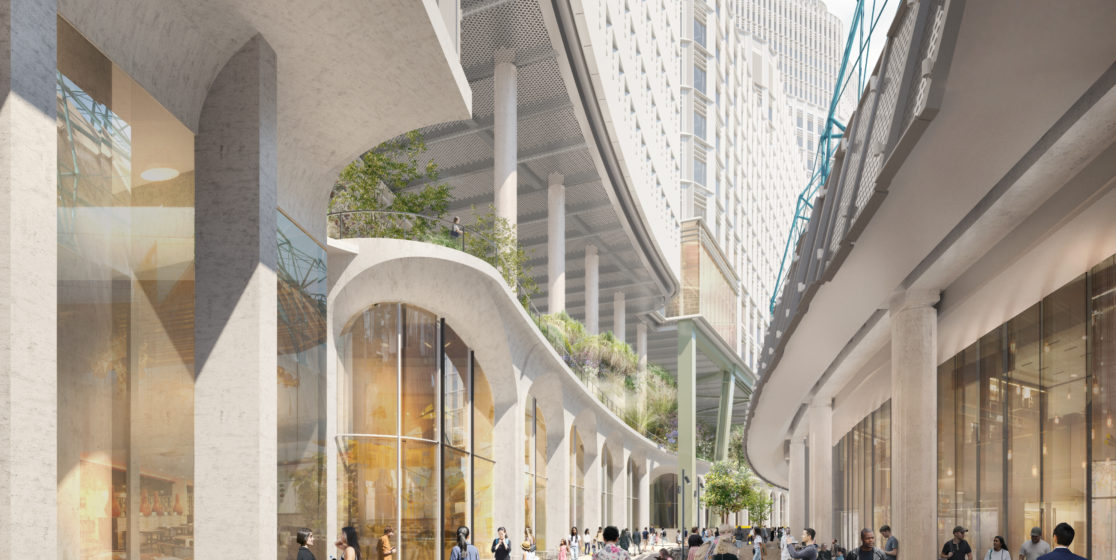 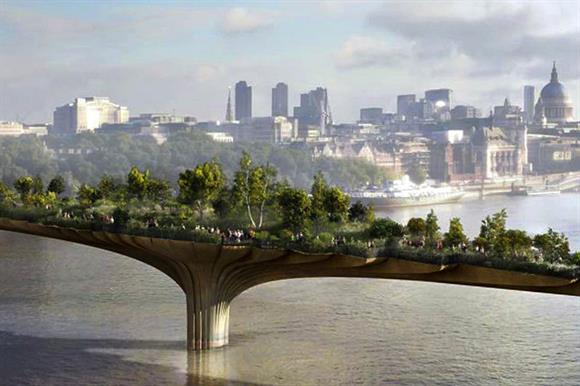 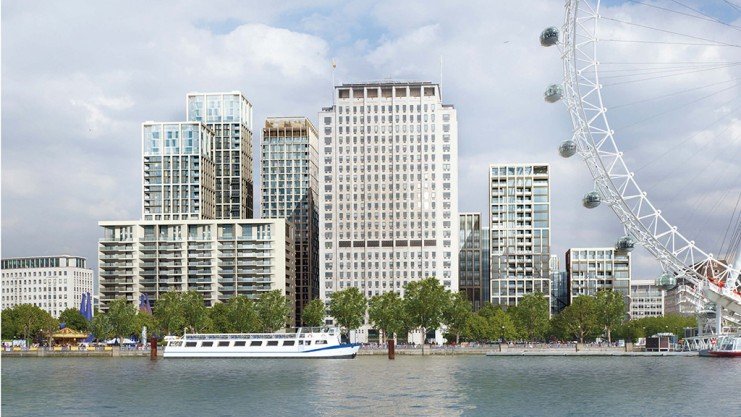 With this new wave of development on the horizon, representatives from among the 12,000 residents and 50,000 local workers (across about 500 businesses) agreed to team up to develop the neighbourhood plan as an opportunity to demonstrate the basic principle of localism: that local people know best what problems development creates and are best placed to propose the solutions.

As secretary of the neighbourhood forum and CEO of the BID, I ran the process under an able Chair, in part to assure the business voice was properly represented. It was worth it, deepening my understanding of the place I looked after. In that time, and as we approach the home straight, some lessons have been learned that are worth passing on to other BIDs thinking of doing the same.

1. Start simple. Get help in the early stages - there are a lot of advisers out there - and make a plan. The first consultation we ran in the South Bank and Waterloo asked, simply, what do we need to fix in Waterloo and what do we value? Such questions can be answered by everyone. This can help draw people into more complicated conversations further down the line and shape the plan's focus in the policy-writing stages. Staffing a stall on the local market was a great location to catch passers-by.

BID's and residents can have an uneasy relationship at times. Neighbourhood planning is an opportunity to reset the conversation, to focus on the interconnection between residents, retailers, workers and visitors and about the things that everyone agrees on - clean streets, good air quality, functional town centres, reduction in crime - even affordable housing addresses the needs of some businesses.

If BIDs aren't involved, the conversation likely goes on without the business community. However, if you're there at the outset, you can press for a business-led neighbourhood forum, meaning the businesses get a vote in the referendum too.

Make sure you make every effort to speak to people from across the community by holding events at different times of day and using different formats. The effort is worth it to get a richer understanding of the local view. The staff intranet is a good way to get to lots of local employees at once, for instance.

Show businesses and residents that developers are not the enemy, and that neighbourhood plans cannot be used to prevent development in any case. Even where large scale development promises to bring change to your neighbourhood, a positive dialogue about what the community wants is achievable. Treat the neighbourhood plan as a blueprint for developers and the council to understand the priorities of the community; if you don't take the lead in this process, you rely on the developer's consultation, for which there is no accepted standard. Developers might be reminded that engaging in the process reduces the likelihood of objections at the application stage.

Treat the process as an opportunity to try and build a consensus on what your area could become over the next few decades. What sort of sectors do you want to attract? What local approaches can be developed to improve the high street? Where are the jobs being created and how can local people be upskilled to take them on? Which sections of the community are being underserved by retail and how can their demand be met? Can high street vacancies be used to reprovide social infrastructure? How can development reduce social isolation?

When leading a neighbourhood planning process, it's very easy to get waylaid with the latest campaign on a local development. Resist any pull in that direction from members. All your energy will be needed to focus on getting the plan over the line.

Tip 5 notwithstanding, the neighbourhood forum should consider its future once the plan is made. Does it continue, and does it do so just to oversee the interpretation of the neighbourhood plan by the council and developers? Is there energy and momentum left to keep the forum going and deliver more for the community? What part can the community play in delivering the plan's wider vision?

7. Cultivate the relationship with your local authority.

The council has a legal duty to support neighbourhood forums, but if they don't like the idea, it can be an uneasy partnership. Bring them along with you if you can and be very clear in dealings with them when you are representing the BID and when you are representing the neighbourhood forum. Get to know the legislation so that you understand your legal powers and those of the council, and build good working relationships with supportive officers and politicians where you can. Delivering the process with the blessing of the local authority is a good deal easier than the alternative.

8. Get to know your neighbours.

And make time for them to get to know each other. Engage a mix of people alongside the usual suspects, by putting on social events alongside committee meetings and inviting the whole community. Our forum ran tea dances, a BFI screening of archive footage from the neighbourhood, study trips to relevant exhibitions and an all important annual party. Here is where the important bonds are formed, which are invaluable as you go into the referendum and have to rely on a great number of volunteer hours.

9. Governance is always more important than it seems.

From the boundary to the steering group, important decisions are to be made early on in the process. If you can, seek the support out of a community governance expert (public grants are available throughout the process providing forums with help and funding). They can help craft a structure which allows for day to day decisions to be made efficiently and with the greatest degree of transparency. Transparency is the key to good governance - there should be absolutely nothing that needs to be done in secret from the community so publish all minutes.

BIDs aren't all geared up to lead on neighbourhood plans, but where they are being developed, in the interest of levy payers it's incumbent on them to represent the business voice in that process. It can be a rewarding time, helping to develop the BID as an important part of the social fabric of the community, deepening trust with residents and increasing the BID's influence with the council. There is help out there.

If you are thinking about getting involved in or leading a neighbourhood plan, get in touch with me to discuss.

To receive BAS consultancy blog posts, sign up as a member free today, and get articles sent straight to your inbox!